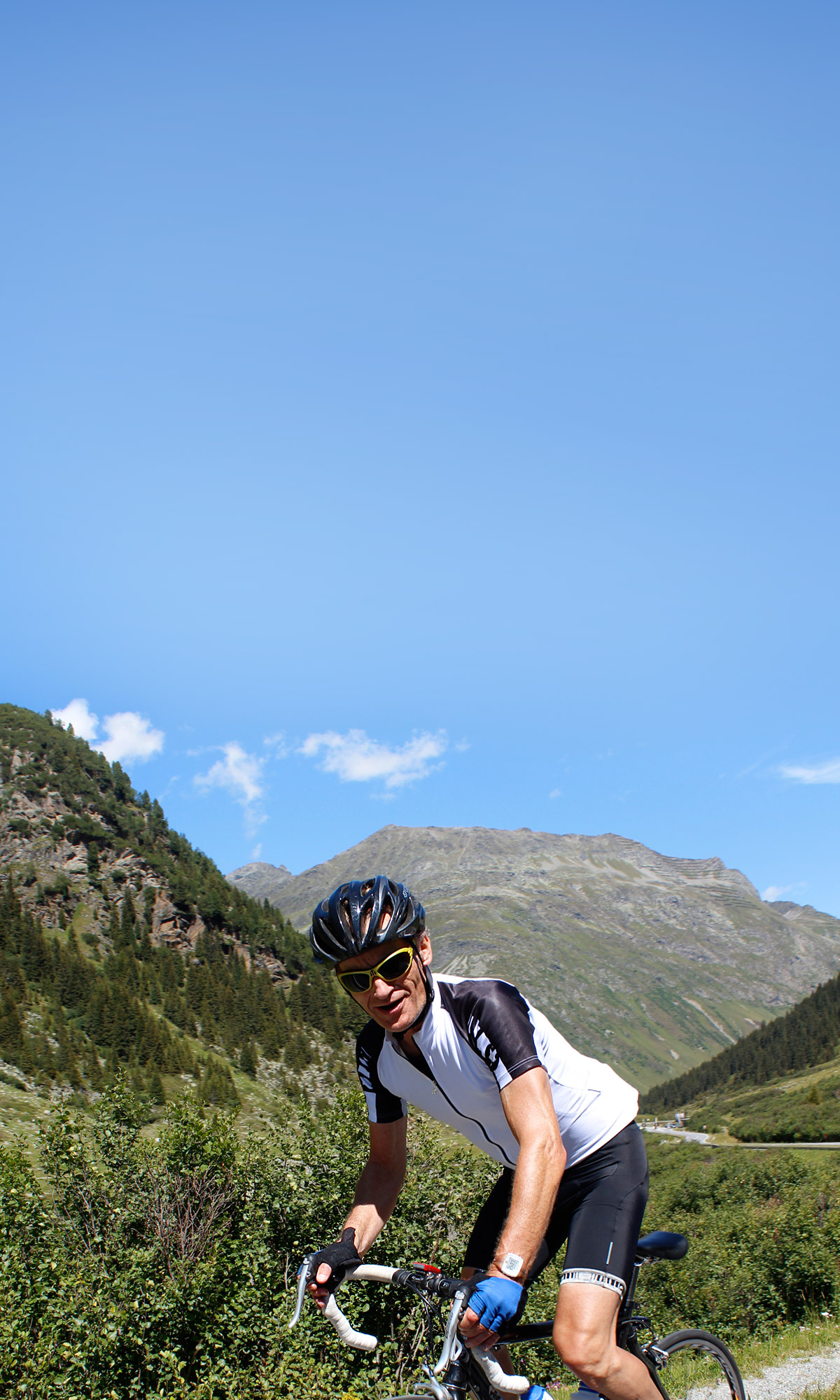 As a passionate racing cyclist my former neighbour always used to cycle through our road in a very elegant and perfect seating position. One day I asked him if I could come along to one of his practice runs with my heavy Bridgestone touring bicycle with band brake. That’s how I started being interested in cycling in the year 1990. The same year I discovered a book called “Europe’s Cycling Classics”, in which I found a report about the Ötztal Marathon. Later that year, I participated in this race and completed the 235 kilometres with 5,500 vertical metres just before dusk. This experience fascinated me so much that I committed myself more intensely to cycling.In 1998, I participated in the RAAM for the first time, but gave up somewhere close to Nashville, Tennessee, about 900 km before reaching the finish. Looking back, giving up seems unnecessary. I didn’t have any physical problems, the hardest part of the race was completed, the temperatures became more bearable (there were average temperatures of 40° Celsius, in Texas even up to 50° C!), the quality of the roads was better than before and there were no more mountains to conquer. If I had continued with an average speed of 24 km per hour, I could have reached the finish in Savannah, Georgia, after a total of about 10 days and 15 hours.Friday night at about 2:30 am, I hit rock bottom when I heard that the winner, Gerry Tatrai from Australia, reached the finish after less than nine days. I started crunching the numbers. I wondered whether I’d be able to reach the finish within the predefined time limit of 48 hours after the winner. In addition to that, we had booked the return flights for Monday afternoon. Could we manage all that, I asked myself? Finish the rest of the route by Sunday night, unpack the vehicles on Monday, bring them back to Atlanta, reach the airport on time etc.?Finally, this seemed impossible to me. Disheartened I decided to give up. Knowing the hurdles ahead, the team accepted my decision –one can say in hindsight that this was premature. Sadly, and probably due to everyone’s great exhaustion, no one thought about simply rescheduling the flights that night. A momentous mistake.

Every now and then I have been thinking about giving it another shot since then. I finally want to get the RAAM out of my head by just doing it! This year, when I’m already 60 years old, it is finally time to realise this dream.

My age should not be a problem. In 1998 there was a team of four men participating in the RAAM who were over 70 years old. One of them held an inspiring speech at the opening ceremony. He said it was still worth having big dreams and aspirations at an older age. They managed to realise their dream, they reached the finish in Savannah!

I still have a vivid memory of this “old man’s” impressive words.